CRISPR systems are bacterial defense mechanisms against viral invasion. Researchers have adapted CRISPR to perform potent and specific genetic editing across the diverse genomes of life. The CRISPR system consists of the CRISPR array, associated cas (CRISPR-associated) genes (including Cas9, Cas1, Cas2, and Csn2 genes), and the transactivating CRISPR RNA (tracrRNA) gene which has homology to the CRSIPR short palindromic repeats [1]. The Cas9 endonuclease has two distinct lobes: the alpha-helical recognition (REC) lobe and the nuclease (NUC) lobe (which contains the HNH, RuvC, and C-terminal domains) [2, 3].

In bacteria, CRISPR integrase – a heterohexameric complex of four Cas1 and two Cas2 proteins – along with the accessory histone-like protein Integration Host Factor (IHF), inserts protospacer sequences from invading viral DNA between short palindromic repeat sequences, forming the CRISPR array [4]. Upon repeat infection, the CRISPR array is transcribed to yield precursor CRISPR RNAs (pre-crRNAs). Enzymatic cleavage of the pre-crRNAs by RNase III is facilitated by the tracrRNA and produces mature CRISPR RNAs (crRNAs), which consist of a variable protospacer and part of the CRISPR repeat sequence [5]. The crRNA hybridizes with the tracrRNA to form the guide RNA complex [6]. The ribose-phosphate backbone of the guide RNA complex subsequently complexes with the three alpha-helical domains of the REC lobe of Cas9 nuclease, causing a significant conformational shift in Cas9 to form the active crRNA-tracrRNA-Cas9 complex [1].

Figure 2. “The GG dinucleotide of the PAM is read out by major-groove interactions.” Base-specific hydrogen bonding between the PAM sequence (dt1, dG2, and dG3) and two arginine residues (Arg1333 and Arg1335) in the β-hairpin of the Cas9 C-terminal domain (red). Please see Anders et al. , 2014 [8].

The active crRNA-tracrRNA-Cas9 complex subsequently interrogates the genome for a 20-nucleotide target sequence complementary to the protospacer sequence of the crRNA, however this target sequence must lie immediately upstream (towards the 5’ end) of a specific protospacer adjacent motif (PAM) sequence (two to five nucleotides in length) [7]. By only cleaving sequences upstream of the PAM sequence, the CRISPR system ensures that the native CRISPR array (which does not contain PAM sequences) is not cleaved by Cas9. In the most prevalent type II CRISPR system from Streptococcus pyogenes , the PAM sequence is 5’-NGG-3’ (where N can be any of the four DNA bases), however various other Cas9 proteins have other PAM sequences [7, 8]. Cas9 first searches for PAM sequence homology. Base-specific hydrogen bonding between the PAM sequence and two arginine residues in the β-hairpin of the Cas9 C-terminal domain destabilizes the target DNA duplex, prompting formation of an R-loop and enabling Watson-Crick base pairing between the crRNA and target sequence [8].

Complete hybridization between the crRNA and the target sequence causes (the HNH domain of) Cas9 to adopt a stable conformation and introduce a double stranded break (DSB) in the target sequence three nucleotides upstream of the PAM [9]. The DSB is caused by the two nuclease domains of Cas9: an HNH-like domain that cleaves the DNA strand complementary to the crRNA sequence (target strand), and a RuvC-like domain that cleaves the strand opposite to the complementary strand (nontarget strand) [2, 3]. The DSB can then be repaired by nonhomologous end joining (NHEJ), which is prone to loss-of-function mutations and results in gene knockout, or homology directed repair (HDR), where a homologous donor DNA repair template is provided along with the CRISPR system and is used to repair the DSB [10, 11]. Via the introduction of a therapeutic donor DNA template, HDR allows the correction of deleterious mutations in the target sequence.

Figure 3. “Genome editing using double-stranded breaks (DSBs).” The DSB can be repaired by NHEJ, which is prone to loss-of-function mutations and results in gene knockout, or homology directed repair (HDR), where a therapeutic donor template allows for replacement of deleterious DNA. Please see Komor et al. , 2017 [11].

Figure 4. “Cas9 can be programmed using a single engineered RNA molecule combining tracrRNA and crRNA features.” This diagram depicts the engineered sgRNA with the desired 20 nucleotide protospacer sequence versus the original bacterial function. The two “scissors” are the HNH and RuvC domains of Cas9. Please see Jinek et al. , 2017 [6].

This system is nearly identical in engineered scientific applications, however the crRNA and tracrRNA are fused to yield a single-guide RNA (sgRNA) with the desired protospacer sequence which complexes with Cas9 and performs the same function as the crRNA-tracrRNA complex. 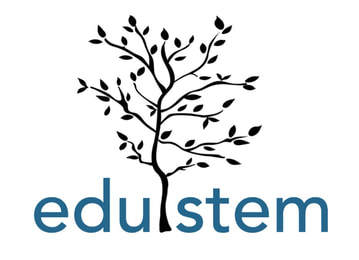