Run EBC algorithm with the help of Dependency Matrix

My task was to complete Unsupervised step of EBC for my team. After running EBC algorithm on “matrix-ebc-paper-dense.tsv”(3514 drug-gene)[given in researcher’s EBC Github repo] I got 2 types of cluster assignment → 1) drug-gene pair cluster & 2) dependency path cluster.

For creating N by N Co-occurrency Matrix of drug-gene pairs we need drug-gene pair cluster assignments .Firstly I created a N By N matrix with all zeros. After 1 run of EBC I got 1 row of (N=3514) drug-gene cluster assignments. So my logic was firstly to access all the drug-gene cluster assignments (run for loop (i th) N times) & store it as list & then compare cluster number of every pair with other pairs[from that list of clusters]. For this I ran inner for loop (j th) which will run in range(i,N). For first iteration of inner for loop (j th) it will check if there is any drug-gene pair with same cluster number as first pair & will increment that cell of the matrix [i,j ] with 1. For next iteration it will check for 2nd pair cluster & so on upto n times. Diagonal of matrix will be equal to the number of EBC runs. Because in every run same pair will always co-cluster with that pair. Rows & Columns of the matrix will be the same drug-gene pair So the matrix will be symmetric. I ran the EBC algorithm 1000 times so diagonal is all 1000.

According to research paper, For each test set Ti, rank all n rows of the data matrix based on how often they co-cluster with Ti. This produces a ranking Ri of length in in which pairs that frequently co-cluster with Ti are assigned high ranks and those that seldom cluster get low ranks.1 is the most frequent. N is the least frequent. The score for Ti is the ranksum of the member sof the seed set, S, within this list. 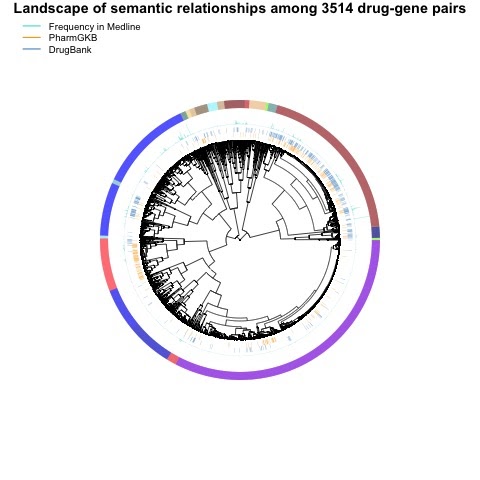